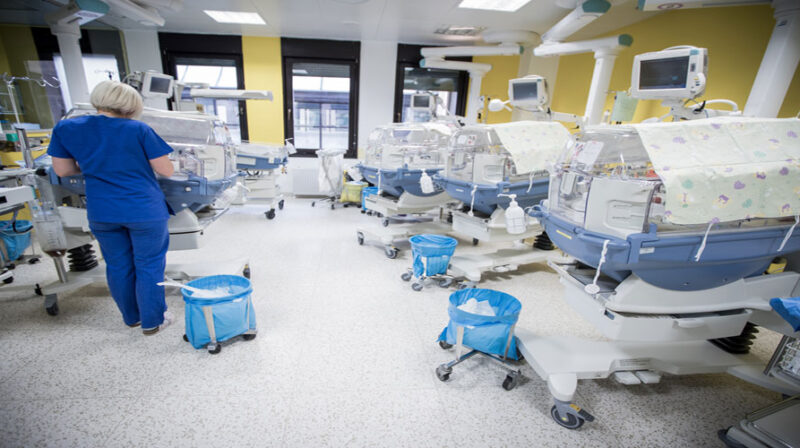 Parents could take up to an extra 12 weeks of paid leave if their child is born prematurely, as part of a new law. Both parents would qualify for one week’s extra help – in addition to existing maternity and paternity leave and pay entitlements – for every seven days their baby was in neonatal care.

One in seven UK newborns needs to be placed in a specialist hospital unit.

The BBC are reporting that The Neonatal Care (Leave and Pay) Bill completed its second reading in Parliament last week.

Proposed by SNP MP Stuart McDonald, it still needs to go through a number of stages of parliamentary scrutiny before becoming law but has received cross-party support in the House of Commons.

It would also provide support for babies born at full term who need neonatal care, so long as they are no older than 28 days when admitted to a unit.

When Hazel Naghi gave birth to her son Theo at 32 weeks, last year, she had to split her time at hospital with her partner, Oliver, a night-shift worker.

“Because of his prematurity, we had to be transferred to another hospital an hour away [when he was born] and he spent five days in that hospital in an incubator,” she tells BBC News. “He was then transferred back to the local hospital and spent a further four weeks in there until we could bring him home

Even then, Theo needed a feeding tube for an additional month.

Hazel “wouldn’t have been mentally prepared” to return to work nine months after Theo’s due date and says the extra time off proposed in this bill would have really helped, making her feel “she wasn’t alone”.

“It means a lot that the government understands this happens on a regular basis,” Hazel says, “and this law would take weight off the minds of parents and give them a sense of relief. Having a baby prematurely is a very different experience to having a child full term. I don’t think many people realise how common it is to have a premature baby, so knowing that there could be support from the government and that your employer would mean you wouldn’t have to panic.”

More than 100,000 babies were admitted to neonatal care in the UK in 2016, research from Imperial College London shows.

And Mr McDonald told MPs his proposal would “give parents the emotional and financial support needed at a time of great stress and trauma”.

Others shared their experiences, including fellow SNP MP David Linden, who said he would remember until his “dying day” watching his daughter turn blue in an incubator as neonatal nurses rushed to resuscitate her.

Parents can also split their leave between them – up to 50 weeks’ leave and 37 weeks’ pay, although some employers offer more time off, at their discretion.