Is Running Bad for Your Knees? 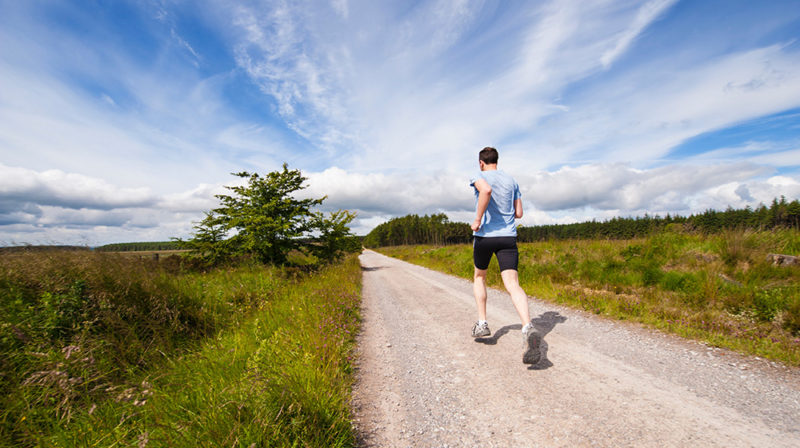 There is nothing like an early morning run to get your blood pumping and make you feel invigorated for the rest of your day. Running is great cardiovascular exercise, protecting and strengthening the heart. It also builds up the lower body, developing muscles and enabling you to push yourself further.

For all the benefits running offers, there is also concern that it may damage your knees. Many people do feel pain in their knees after running, and extensive running can make the pain worse, so it’s a reasonable question to ask if running is bad for your knees. We’re going to look at how it affects your knees and how different kinds of running can factor in so that you can make the right decisions to safeguard your body and keep your knees in great shape.

The people who tend to be the most concerned about how running affects them and the negative effects it could have are those who suffer from arthritis. The majority of arthritis sufferers experience some knee pain as a result of their medical condition, and it’s understandable that they would have concerns about running hurting their knees. Are they right to think that running could cause more damage and more pain, though?

According to recent medical studies, no. The scientific evidence points to arthritic pain actually decreasing with running. Of course, the way a person runs and the care they take of their knees will have some effect on how their knees react to regular running, but as a general rule, running will strengthen your knees. It is particularly helpful for treating knee arthritis, so those who suffer from arthritic pain in the knees should experiencing less pain over time when they start running. Their knees should improve over time with this activity.

Let’s address some of the types of running now. There are different environments in which you can run and different running practices, and each of these affects your body in different ways.

The surface you run on makes a difference on how your knees feel afterwards and the kind of short and long-term effects you have to deal with as a result on the workout. The terrain you run on can affect how your knees or muscles feel as well.

There is a myth that running downhill is bad for your knees, but it is exactly that- a myth. Your knees actually benefit from downhill running, as this strengthens them and allows them to work harder for you and build up resistance to damage.

Now, if all of your running is downhill, then you can be overdoing it and damaging your knees, because you really need to be running on different inclines and surfaces to develop your knees and muscles fully.

Doing too much of any one kind of running can damage your knees, bust as long as you vary things up, you should be fine. You’ll be able to enjoy the benefits of running downhill and how it makes your knees tougher and less likely to experience pain.

Like any kind of running, the key to not injuring yourself or causing long-term damage is to use the treadmill in moderation. Regular use of the treadmills is fine, and you should not damage your knees by using it every day. In fact, this can strengthen your knees considerably and make them less likely to be in pain, even if you have arthritis.

The problem comes from people who start out on a setting that is too high. They use the treadmill to the maximum speed to try to get the most benefits in the shortest amount of time, and it simply doesn’t work like that. This is an especially terrible idea for people who are just starting to exercise or who have some sort of health problem that affects their knees, such as arthritis. These people need to take it slow at first.

You need to find a speed that works for you and not push yourself too hard at first. You can gradually ramp up the speed and achieve a higher level where you are comfortable working out, but that is something you should build to rather than jump right in on.

It’s uncommon for runners to suffer from a medical condition called runner’s knee (technically named patellofemoral pain syndrome). This affects the kneecap, and it is a serious concern for people who run on roads. There is a misconception that the surface of the road is hard on the knees, but it’s not really about the surface. Damage is caused by simply running in the wrong way, and we’ll look at a few factors that affect that.

The key factors to road running that is safe on your knees are as follows:

It’s generally thought that trail running is gentler on your knees than running on roads, but that’s not always the case. Trail running often involves running on various uneven surfaces. Trails can be rife with tree roots, rocks, gravel and other small problems that could cause injury just by stepping on them wrong, or they could simply be tripping hazards. The constant up and down of many trails makes them tough on your knees, but what about fairly flat, even trails?

Typically the soft dirt of a trail has more give to it than the hard concrete, but on well-worn trails, the dirt has been compacted through frequent use. This creates a surface that is almost as hard and as unforgiving as a road.

Both trail running and road running have their drawbacks and their advantages. Trail running is only tougher on your knees than road running when the trail is uneven or the ground is very firm. Even in those cases, your knees are unlikely to suffer any damage from trail running unless you overexert yourself and don’t pay attention to your body’s warning signs.

How to Protect Your Knees when Running

We have talked briefly about what you can do to keep your knees safe when you run, but let’s reiterate some of these points and go more in-depth for your benefit. After all, if you do damage your knees, then your running days may be numbered or it may be a while before you can get back out there and continue running.

You can usually avoid damage to your knees by taking a break from running when you experience knee pain. Listen to your body and what it is telling you. Pain is your body’s way of saying that something is wrong. If you think that your knees may be suffering some damage, then you should see a doctor immediately. There may be something seriously wrong with your knees that ought to be addressed, or it could just be some minor inflammation and discomfort that simply requires you to rest for you to get better.

You should also understand that running will not rebuild or regrow cartilage. Osteoarthritis patients may be looking to running to fix their problem, but what running does for their cartilage is simply help to maintain its condition. It will prevent your knees from becoming worse, if you are running according to safe practices, but if you expect to recover from arthritis because of running, then you are going to be disappointed.

We also want to stress once more the importance of having the right running equipment. Low-quality shoes, a lack of hydration and poorly-fitting clothes will make for a miserable running experience. Not only that, but they will also contribute to knee damage, as running improperly can hurt your knees over time.

Running regularly can reduce pain, but it will not treat the underlying condition. If you want to experience less knee pain in your daily activities, then taking up running is a great way to do that. You may want to employ a personal trainer or the help of an experienced runner to make sure you are doing things correctly.

Just know that taking up a running regimen will make a big difference in how you feel, providing psychological and physiological benefits that you will start to see for yourself shortly. Expect your pain to decrease and your abilities to improve. After a while, you should be able to run for longer without feeling the pain you had felt before. Just be sure to talk to your doctor before taking up running, if you have arthritis or other serious medical problems.