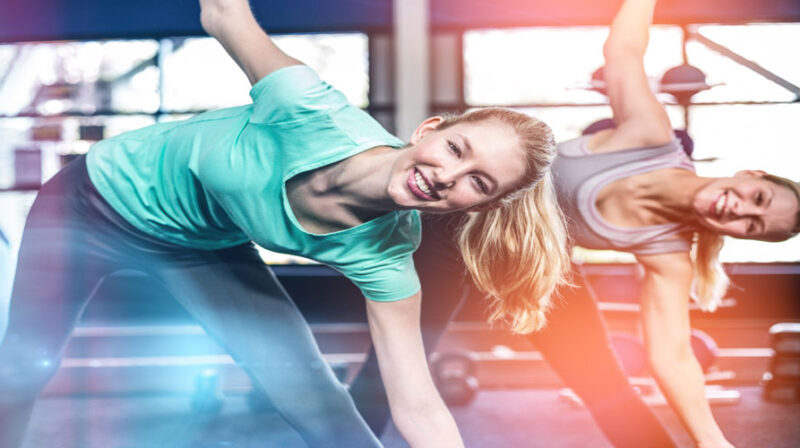 Customer demand for health clubs and gyms in the UK was ‘back to normal’ during January 2022, according to proprietary search data from fitness marketplace Hussle. The insight shows that customer demand volumes for gyms nearly doubled between December 2021 and January 2022, going up by 96.7 per cent.

The volume of customer searches in January 2022 was back up to 95 per cent of the absolute volumes seen in January 2020 – the historic peak of the fitness market in the UK.

The impact of Plan B measures (the re-imposition of homeworking in the UK during January) are also having an impact and Hussle says that while its insight numbers signify a return to “normal” levels of demand for gyms, this demand remains soft, with the usual January uplift being deferred.

“While high demand is obviously great for the sector, it is important to note that demand varies both in quantity and quality,” Hussle said.

“We group customer search terms into ‘high intent’ and ‘low intent’ cohorts as a proxy for the quality of the demand volume. For example, a high-intent search term might relate to specific gym exercises or venues, indicating a customer who is more likely to be ‘transactional’. A low-intent search term would be more generic, such as ‘gym’ or ‘gyms near me’ which indicates a customer who is in a consideration phase, without this necessarily progressing to a transaction.”

“While the low-intent search terms did increase dramatically, the high-intent search terms lagged behind. This suggests that for most of the month of January, customers showed a lot of interest in gyms and health clubs, but were reluctant to transact as you would expect them to do during a ‘normal’ January.”

According to Hussle, customer search terms that reference a particular fitness brand are down, due to operators not spending on marketing as they would normally do in January, due to the imposition of Plan B measures.

Hussle provides a number of conclusions, based on its data.

Firstly, customer confidence appears to be returning, but it’s not completely back. This potentially means that ‘peak’ demand for gyms and health clubs in 2022 may extend beyond the traditional ‘January jump’ into February and March.

Secondly, investment in marketing by operators has been deferred in the year-to-date. This presents an opportunity for well-capitalised operators to gain market share through returning consumer confidence in February and March.

Commenting on the data, fitness analyst Ray Algar said: “It was always going to be a challenging January across the entire active leisure industry with Omicron cases in England still running high.

“The Office for National Statistics estimated 2.5m to 2.7m people had COVID-19 in England (around 1 in 20 people) towards the end of January, so regardless of motivation, they were isolating and then recovering. With the work from home guidance in England also not lifting until late January, it could be that February and March will be better barometers of consumer intent.”

Rebecca Passmore, UK MD at Pure Gym told HCM: “Typically, January is the busiest period for gyms and new member sign-ups, and there had been some concern across the sector that Plan B restrictions and working from home guidance would impact demand in the New Year.

“We were pleased that as soon as these restrictions were lifted in January there was an uptick in demand, particularly in city centre gyms, which demonstrates how the pandemic has placed a renewed focus on health and wellbeing. We expect the recent momentum to continue and for the typical January boost to fall slightly later in the year, with a stronger-than-usual February / March period.”

“Gyms have a unique role to play in driving activity levels – after walking, going to the gym is the most common form of exercise. We look forward to welcoming new and existing members into our gyms for what promises to be a very active 2022.”

To read the full Hussle analysis, titled What January tells us about the ‘Golden Quarter’ for gyms in 2022, click here.