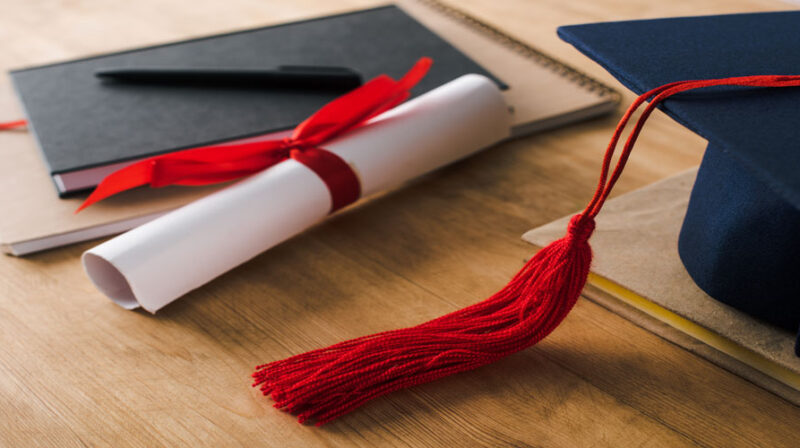 The proportion of students in England awarded first-class degrees has more than doubled in a decade, the university watchdog says. About 36% of students were awarded the top grade in 2019-20 and 38% in 2020-21, according to analysis by the Office for Students (OfS). In 2010-11, it was just under 16%.

OfS boss Susan Lapworth said the pandemic “cannot be used as an excuse to allow a decade of unexplained grade inflation to be baked into the system”, and the universities say they are committed to tackling “grade inflation”.

Following demands from students, universities introduced “no detriment” policies to protect grades from being adversely affected when teaching moved online.

Average grades from previous years were used as benchmarks for assessments, for example.

The proportion of students receiving first-class degrees has been growing for some time, although it was the same in 2018-19 as it had been the year before.

The OfS said nearly six in 10 first-class degrees awarded to students in 2020-21 were “unexplained” – which means they cannot be accounted for by things like better teaching methods, or differences in graduates’ A-level grades from year to year.

However, Prof Steve West, president of Universities UK and vice chancellor of UWE Bristol, said: “We believe the OfS must be careful not to assume that students with lower entry grades, typically from more disadvantaged backgrounds, cannot achieve first-class degrees.”

OfS interim chief executive Ms Lapworth said : “There are a variety of reasons – including improved teaching and learning – that could lead to an increase in the rate of firsts awarded. However, the sustained increase in unexplained firsts awarded continues to pose regulatory concerns for the OfS.”

And the OfS would “investigate these issues”.

Last year, top grades for A-level results for England, Wales and Northern Ireland reached a record high – with 44.8% getting A* or A grades.

Exams regulator Ofqual has said that this year’s exam results would aim “to reflect a midway point between 2021 and 2019”, while next year’s will aim to be “in line with pre-pandemic years”.

Prof West said universities “remain committed to addressing grade inflation”. He said work was under way to review the degree classification system and the way final grades are calculated.

“Universities are also working to ensure they deliver the highest quality courses that deliver the best outcomes for students and, combined with the continued hard work of students, this is likely to partly explain these trends,” he said. He added: “We believe the OfS must be careful not to assume that students with lower entry grades, typically from more disadvantaged backgrounds, cannot achieve first-class degrees.”